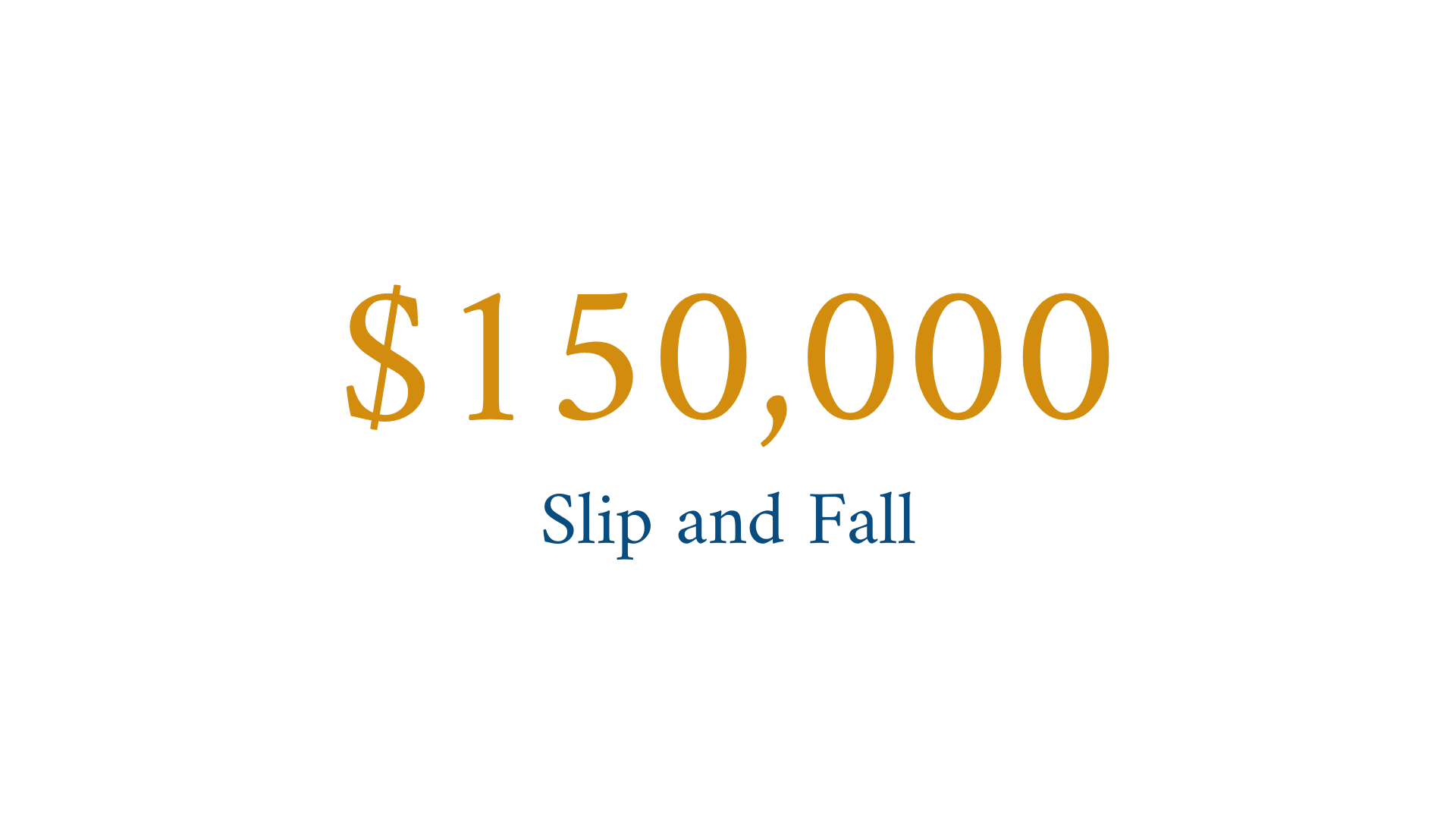 Our client lived in an apartment in Fort Worth, Texas. A water leak in her ceiling caused a puddle of water to form in her hallway. When we woke up in the middle of the night, she slipped on the water fracturing her hip. The apartment complex refused to respond to any demands or correspondence forcing us to file suit.  It initially denied liability for her injuries.  We received a settlement of $150,000.00 prior to the trial.  A contingent fee charged on the successful recovery resulted in attorney’s fees of $60,000 and $1,426.33 in expenses, which were reimbursed by the client out of the gross settlement amount. Net to Client: $77,851.71

This website and the information it contains is for general information only about lawyers and claims. It does not constitute an attorney-client relationship.

No comments to show.